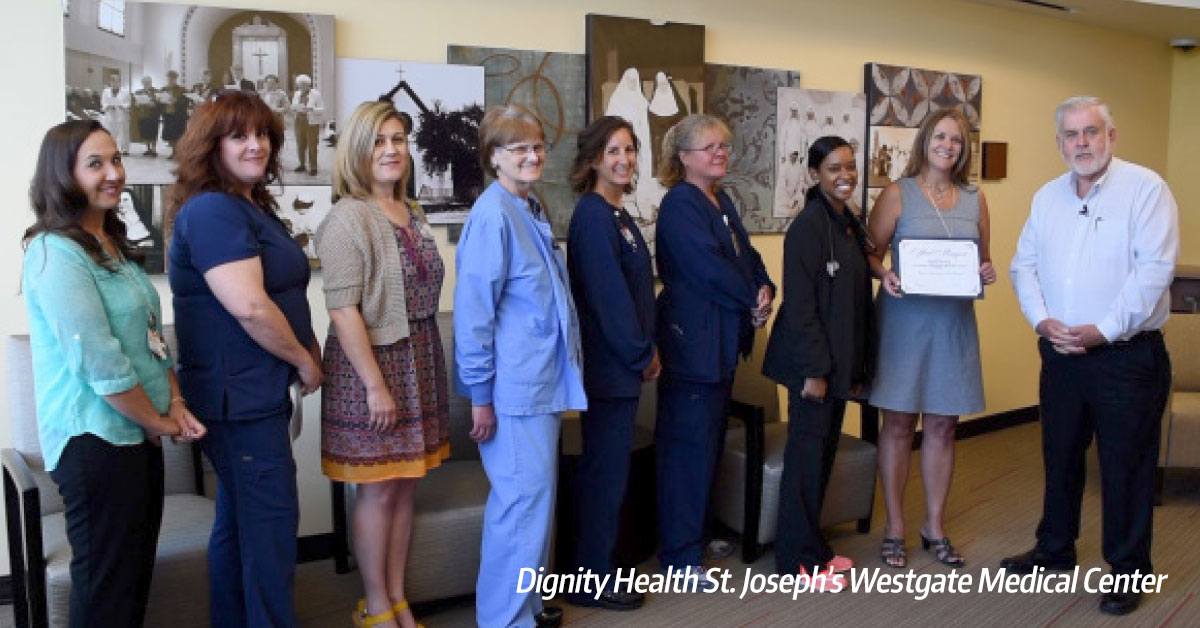 Excellent Career Paths and a Chance to Lead by Example

The administrator of Dignity Health St. Joseph’s Westgate Medical Center is encouraging businesswomen to “take a risk,” and she believes it is a great time for women to become leaders in health care.

“I feel like women have much more opportunity in leadership in health care because the nursing profession is predominantly female,” said Tina Brucato-Day, who has led St. Joseph’s Westgate since 2014. “As a nurse myself, I feel like it gives me an edge because I know what it’s like for the front-line staff.”

St. Joseph’s Westgate, located on a 35-acre campus near Loop 101 and Glendale Avenue, opened in 2014 and has four operating rooms, a 12-bed emergency room, 12 universal-care beds and a staff that has grown to 175 employees. The campus recently added a new medical office building and uses the most innovative materials to promote patient safety, patient satisfaction and medical efficiency.

St. Joseph’s Westgate is among a handful of facilities in the Valley with the robotic da Vinci surgical system. The da Vinci is the newest and most advanced model of the surgical robot and evidence of the facilities commitment to state-of-the-art medicine.

“I always knew I wanted to go into health care, and leadership just came naturally to me as I quickly became a charge nurse soon after becoming a nurse. Leadership positions then opened up for me, and I continued along that career path,” Brucato-Day recalled.

The former nurse advises women who are climbing the ladder to pursue their dreams and lead by example. “Be persistent and take risks you might think were impossible. The opportunities are endless. I share this with my teenage girls every day.”

Running a facility open 24/7 can be a challenge on an administrator’s personal life. Brucato-Day said she finds life balance by spending as much quality time as she can with her two daughters and by hiking and exercising as often as she can. “My faith also grounds me as I prepare for the daily challenges we face in our work and personal life every day.”

Brucato-Day worked for Dignity Health St. Joseph’s Hospital and Medical Center in downtown Phoenix for 23 years before being promoted to her current position. She said she is grateful to have found her career path at Dignity Health.

“In my opinion, Dignity Health welcomes female leaders and supports their growth and advancement. I am proud to be part of such an amazing group of leaders, both women and men.”